Skip to content
Home » News » SCSB News » Babies can tell who has close relationships based on one clue: saliva

Sharing food and kissing are among the signals babies use to interpret their social world, according to a new study.

Learning to navigate social relationships is a skill that is critical for surviving in human societies. For babies and young children, that means learning who they can count on to take care of them.

MIT neuroscientists have now identified a specific signal that young children and even babies use to determine whether two people have a strong relationship and a mutual obligation to help each other: whether those two people kiss, share food, or have other interactions that involve sharing saliva.

In a new study, the researchers showed that babies expect people who share saliva to come to one another’s aid when one person is in distress, much more so than when people share toys or interact in other ways that do not involve saliva exchange. The findings suggest that babies can use these cues to try to figure out who around them is most likely to offer help, the researchers say.

“Babies don’t know in advance which relationships are the close and morally obligating ones, so they have to have some way of learning this by looking at what happens around them,” says Rebecca Saxe, the John W. Jarve Professor of Brain and Cognitive Sciences, a member of MIT’s McGovern Institute for Brain Research and the Center for Brains, Minds, and Machines (CBMM), and the senior author of the new study.

MIT postdoc Ashley Thomas, who is also affiliated with the CBMM, is the lead author of the study, which appears today in Science. Brandon Woo, a Harvard University graduate student; Daniel Nettle, a professor of behavioral science at Newcastle University; and Elizabeth Spelke, a professor of psychology at Harvard and CBMM member, are also authors of the paper. 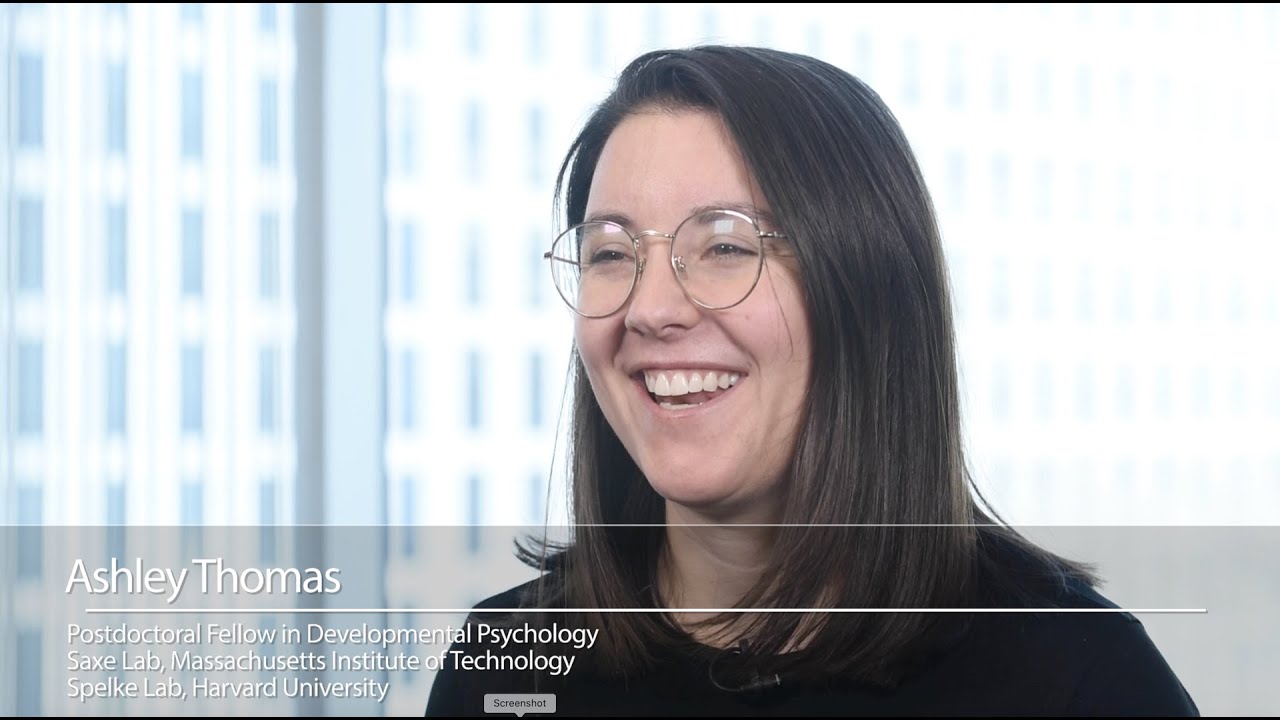 “That inspired both the question of whether infants distinguish between those types of relationships, and whether saliva sharing might be a really good cue they could use to recognize them,” Thomas says.

To study those questions, the researchers observed toddlers (16.5 to 18.5 months) and babies (8.5 to 10 months) as they watched interactions between human actors and puppets. In the first set of experiments, a puppet shared an orange with one actor, then tossed a ball back and forth with a different actor.

After the children watched these initial interactions, the researchers observed the children’s reactions when the puppet showed distress while sitting between the two actors. Based on an earlier study of nonhuman primates, the researchers hypothesized that babies would look first at the person whom they expected to help. That study showed that when baby monkeys cry, other members of the troop look to the baby’s parents, as if expecting them to step in.