Autism and autism spectrum conditions comprise a spectrum, in which most cases cannot be attributed to a single cause. In some cases, however, autism diagnoses have known genetic roots. Mutations in the Shank3 gene, which encodes an important synaptic protein, account for approximately 1% of autism cases. The Simons Center for the Social Brain supports a multi-Investigator Targeted Project aimed at studying Shank3 at molecular and cellular levels, with a goal of identifying therapeutic targets. 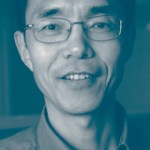 Guoping Feng, a PI on this project, has created a Shank3 mouse model that recapitulates elements of the human Shank3 mutation, including synaptic and behavior abnormalities.  In this mouse model, Feng lab researchers use a Cre-dependent conditional knock-in strategy. In the absence of tamoxifen, a mouse is essentially without SHANK3 protein. When given tamoxifen, the model mouse regains Shank3 gene function, and the mouse can produce SHANK3 protein.

In a study published February 17 in Nature, Feng Lab researchers asked whether mice raised into adulthood without SHANK3 could have their observed phenotypes reversed with activation of the gene, or if the path to recovery from the SHANK3 -related symptoms is blocked during development. The experimental mice without SHANK3 showed deficits in several observable behavioral and electrophysiological phenotypes. These mice were raised through development without functional SHANK3 protein, and then some were given tamoxifen to enable them to produce SHANK3. They were observed before and after the activation of the Shank3 gene.

Even in adulthood, restoration of Shank3 gene function was sufficient to restore a normal protein profile at synapses, reverse a deficit in social interaction, and end self-injurious repetitive grooming behavior in the model mice. Anxiety and motor coordination were not rescued in the treated mice. This study provides evidence that cells and networks in the brain continue to be adaptable into adulthood, and that some components of the Shank3 phenotype are not ‘locked in’ during the course of development, but rather remain sensitive to potential therapeutic treatment.

Read more on this research at Pubmed, or in MIT News.

Written by T. Emery for SCSB