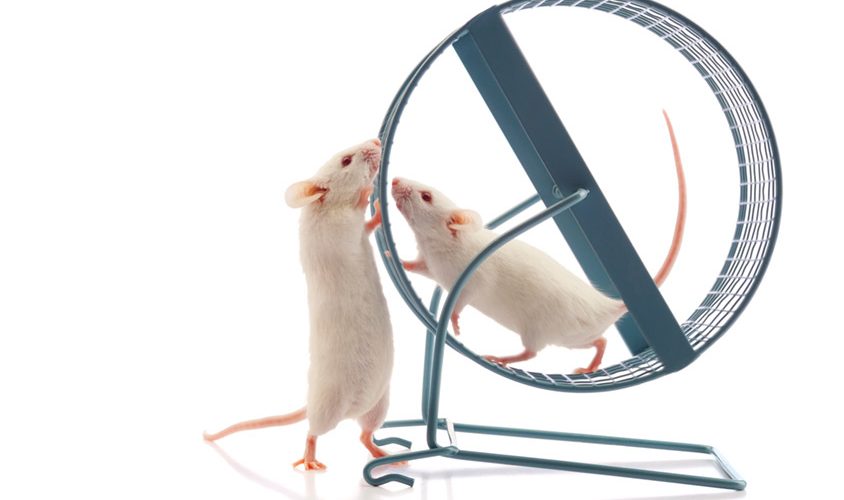 An experimental drug prevents seizures and improves memory in a mouse model of fragile X syndrome, according to a new study1. The drug selectively blocks an enzyme that is overactive in the brains of people with fragile X and could offer a potential treatment for the condition.

Fragile X syndrome is characterized by intellectual disability, seizures, hyperactivity and, in one out of three people, autism. It results from mutations that diminish the gene FMR1’s production of FMRP, a protein that limits the synthesis of other proteins at synapses, where neurons exchange chemical messages. Without FMRP, according to one leading theory, proteins build up at synapses and disrupt this signaling, leading to fragile X’s outward signs.

The new drug helps put the brakes on protein buildup by blocking a specific form of an enzyme called glycogen synthase kinase 3 (GSK3), which plays an important role during brain development. Previous trials have prevented protein buildup by blocking a different target, the mGluR5 receptor, which helps control protein production in neurons. But those drugs have failed in clinical trials because people have experienced adverse side effects and built up a tolerance to chronic dosing.

The drug to block GSK3, called BRD0705, may result in fewer side effects because it is highly selective. The enzyme comes in two forms, known as alpha and beta, and BRD0705 blocks only the former. The findings should stimulate more research on GSK3 alpha, which has not been studied as well as its counterpart, researchers say.

“It’s a very important paper,” says Randi Hagerman, medical director of the University of California, Davis MIND Institute, who was not involved in the study. “GSK3 alpha inhibition should have some good effects in patients, although it’s really clear that positive effects in the mouse model doesn’t necessarily translate to patient benefit.”

The idea to target GSK3 is not entirely new. It stems from a familiar treatment for a number of neuropsychiatric conditions: lithium, which blocks both forms of GSK3, among other enzymes.

Studies have shown that lithium partially corrects aberrant protein buildup in mouse and fly models of fragile X syndrome2. Lithium has also helped ease traits in people with fragile X, but its side effects, including kidney damage, limit who can take it3,4.