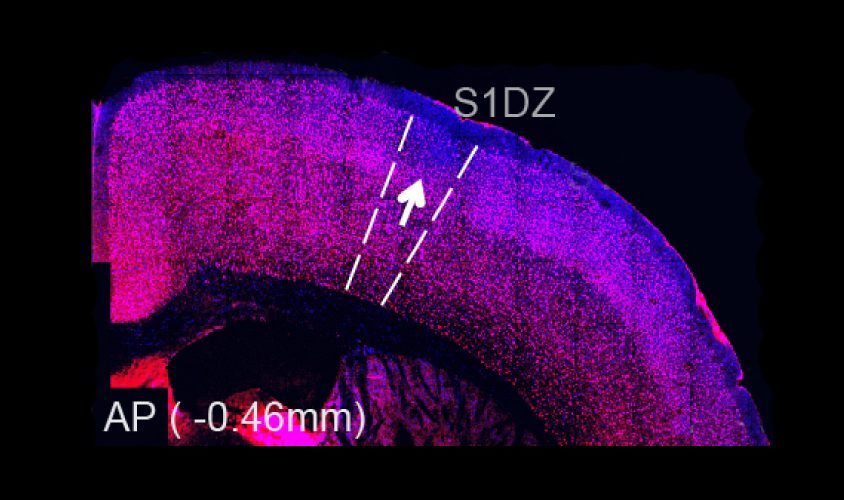 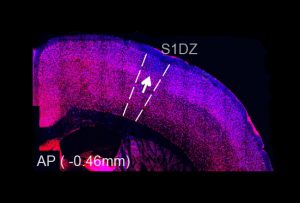 Hyperactive hubs: Areas of excitable neurons mark the brains of mice exposed to inflammation in utero.

Patches of overactive neurons in the brains of mice exposed to inflammation in the womb may lead to autism-like features in the mice, a new study suggests1. Treating pregnant mice with an antibiotic prevents these patches in their pups, a related study suggests2.

The patches are found specifically in the cerebral cortex, the brain’s outer layer. They consist of atypical clusters of cells and disrupted brain architecture.

A 2014 study reported patches of immature neurons in the cortex of children with autism. Last year, researchers identified this anatomical oddity in mouse pups exposed to infections in the womb3. In the new study, the same team found that overactivity in the neurons in these patches may drive the pups’ autism-like behavior.

The findings fill in key links in the chain of events connecting an infection during pregnancy to altered fetal brain development and autism features. Epidemiological studies suggest maternal infection can increase the risk of having a child with autism by 37 percent.

“The uniqueness of this study is really that it goes all the way from factors in the mothers to behaviors in the offspring,” says co-lead investigator Gloria Choi, assistant professor of brain and cognitive sciences at the Massachusetts Institute of Technology in Cambridge. The study appeared 13 September in Nature.

The study also ties infection in the mother to a popular theory of autism: too much excitation in brain signals relative to inhibition.

In the same issue of Nature, the researchers showed that they could prevent the brain patches and behavioral problems by giving pregnant mice vancomycin, an antibiotic. This finding implicates gut bacteria in the effects of maternal inflammation on the developing brain.

Together, the studies represent “a significant advance in understanding potential environmental contributors for autism,” says Sarkis Mazmanian, professor of microbiology at the California Institute of Technology, who was not involved in the work.

Choi’s team injected pregnant mice with a molecule called poly(I:C) that mimics a virus. After the mice gave birth, the researchers measured the time the pups spent burying marbles and interacting with unfamiliar mice — features reminiscent of the repetitive behaviors and social problems seen in people with autism.

The researchers also examined the pups’ brains for neurons that contain parvalbumin. This protein is a marker for a class of neurons that inhibit brain activity. Parvalbumin typically shows up throughout a specific layer of the cortex. But the brains of these pups contain patches of neurons that lack the marker.