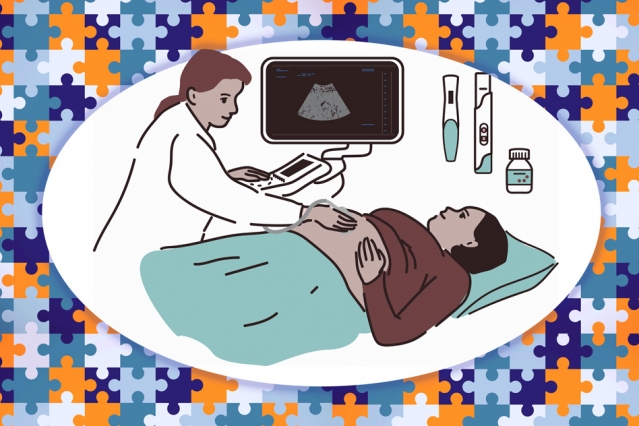 Mothers who experience an infection severe enough to require hospitalization during pregnancy are at higher risk of having a child with autism. Two new studies from MIT and the University of Massachusetts Medical School shed more light on this phenomenon and identify possible approaches to preventing it.

In research on mice, the researchers found that the composition of bacterial populations in the mother’s digestive tract can influence whether maternal infection leads to autistic-like behaviors in offspring. They also discovered the specific brain changes that produce these behaviors.

“We identified a very discrete brain region that seems to be modulating all the behaviors associated with this particular model of neurodevelopmental disorder,” says Gloria Choi, the Samuel A. Goldblith Career Development Assistant Professor of Brain and Cognitive Sciences and a member of MIT’s McGovern Institute for Brain Research.

If further validated in human studies, the findings could offer a possible way to reduce the risk of autism, which would involve blocking the function of certain strains of bacteria found in the maternal gut, the researchers say.

Similar effects have been described in mouse models of maternal inflammation, and in a 2016 Science paper, Choi and Huh found that a type of immune cells known as Th17 cells, and their effector molecule, called IL-17, are responsible for this effect in mice. IL-17 then interacts with receptors found on brain cells in the developing fetus, leading to irregularities that the researchers call “patches” in certain parts of the cortex.