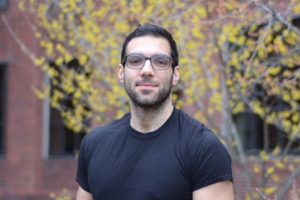 William attended the University of Chicago as an undergraduate, where he first became interested in studying biological systems. He graduated in 2012, and began graduate school at Harvard University. In Nao Uchida’s lab, William studied the dopamine system in mice and found interesting functional diversity between dopamine neurons related to their projection targets. As a Simons’ fellow, he aims to study reward and reinforcement in a social context in marmosets, with the eventual goal of understanding how social reward circuits differ in autism.

Individuals with autism have reduced interest in social engagement. The social motivation hypothesis suggests that decreased motivation to participate in social interactions in infants with ASD causes them to spend less time attending to and learning from social stimuli, resulting in a wide range of social difficulties later in life. Consistent with this idea, successful early behavioral interventions rely on reinforcement of typical social behaviors. Although the neural mechanisms underlying social dysfunction have been studied in mouse models, extending these studies to primate models should further our understanding of human social function and dysfunction due to the similarity in brain structure and function between humans and primates. This project will seek to develop a behavioral paradigm to measure the value of natural social interactions between freely moving marmosets by giving animals the option to interact with a conspecific. Once this paradigm has been developed, I will record neural activity from the midbrain dopamine neurons of these animals, which are known to provide an important motivational signal guiding attention and behavior. Eventually, understanding whether social reward signals are absent or abnormal in ASD model animals will be essential to understanding these disorders as well as to the design of behavioral therapies.