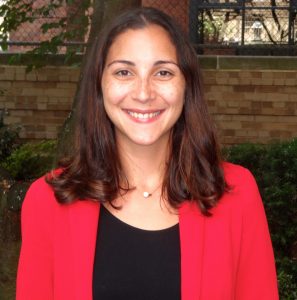 Nancy is a postdoctoral fellow in the Picower Institute for Learning and Memory at the Massachusetts Institute of Technology. Nancy’s goal is to understand the neural mechanisms underlying social behaviors, particularly hierarchies, in both female and male animal models. She completed a PhD in Neuroscience at Columbia University. Under the supervision of Dr. Joshua Gordon Nancy combined optogenetics and multi-site in vivo electrophysiology to elucidate the role of the ventral hippocampal-prefrontal pathway in anxiety behaviors. During graduate school, she was awarded a National Science Foundation Fellowship and a Ford Foundation Fellowship. Currently, she is a Simons Center postdoctoral fellow in the laboratory of Dr. Kay Tye.

Most animals live in groups organized by social hierarchies. By acting according to their social rank, animals decrease unnecessary aggression and save energy. Although hierarchies are central to successful group dynamics, the neural basis of dominance behaviors remains unknown. Autism spectrum disorders (ASDs) include debilitating social deficits. Many studies have provided evidence linking genes to ASDs behavioral deficits. However, there has been little progress in elucidating the neural circuits that underlie normal social behaviors. Identifying these circuits is crucial for identifying potential targeted molecular therapies for ASD patients. Mouse models of ASDs show deficits in ultrasonic vocalizations and other social behaviors. Mice, like humans in modern societies, have flexible hierarchies in which social rank is not inherited, but earned. These similarities –combined with the vast number of tools for circuit dissection–make mice a good model to investigate the neural dynamics of social hierarchy. Cross-species evidence suggests that the medial prefrontal cortex (mPFC) is crucial for social dominance behaviors. Given the role of the lateral hypothalamus (LH) in social and innate behaviors, and its connectivity with the mPFC, it is well positioned to modulate social behaviors in a rank-dependent manner. By combining freely-moving calcium imaging, optogenetic manipulations, and novel social assays, I am investigating the role of the mPFC-to-LH in the appropriate expression of dominance behavior.