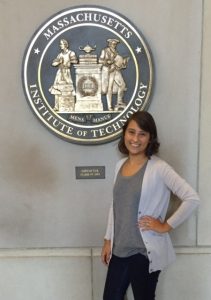 Anila received a B.A. in Psychology from Georgetown University in 2012. In 2017, she completed her Ph.D. in Behavior, Cognition, and Neuroscience from American University in the lab of Dr. Catherine Stoodley. As a doctoral student, Anila’s research focused on the role of the cerebellum in typical and ayptical development including neurodevelopmental disorders such as autism. In her current work, Anila uses fMRI to investigate the neural basis of comorbidities in neurodevelopmental disorders such as dyslexia, dyscalculia, and ADHD. As a Simons Fellow, Anila will use functional neuroimaging to investigate neural adaptation in autism spectrum disorders.