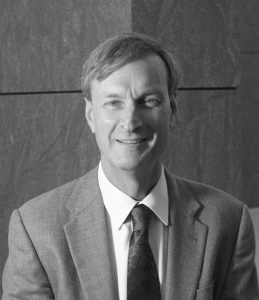 Talk Title: “Sex and Disease: Do males and females read their genomes differently?”
Abstract:
“Nothing in biology makes sense except in the light of evolution.”
Theodosius Dobzhansky, 1973

Dobzhansky’s oft-quoted dictum is highly relevant to our understanding of the manifold differences between males and females in health and disease, both within and beyond the reproductive tract.  From the origins of sexual reproduction, in single-celled organisms, to the morphing of our own sex chromosomes from ordinary autosomes during the past 200-300 million years, comparative and evolutionary analyses offer deep, biologically grounded insights into the epigenetic, genomic, and phenotypic differences between the sexes.  The emerging evolutionary view serves as an alternative, or complement, to the model (chromosomal sex → gonadal sex → phenotypic sex) that has guided teaching and research for the last half century.  The opportunity now presents itself to capitalize upon this emerging evolutionary view of sex differences and their origins.

Most recently, my colleagues and I have conducted comparative genomic and evolutionary studies of the sex chromosomes of humans, other mammals, birds, and reptiles.  These studies have revealed that the Y chromosome’s gene content became specialized, through natural selection, to maintain the ancestral dosage of homologous X-Y gene pairs that function as broadly expressed regulators of the genome and gene activity; these X-Y gene pairs regulate transcription, translation and protein stability (Bellott et al. [2014] Nature 508: 494; Bellott et al. [2017] Nature Genetics 49: 387).  As a result, there exists a fundamental sexual dimorphism, at a biochemical level, and throughout the body, that derives directly from genetic differences between the X and Y chromosomes.  This fundamental sexual dimorphism may play an unappreciated role in health and disease in both males and females.