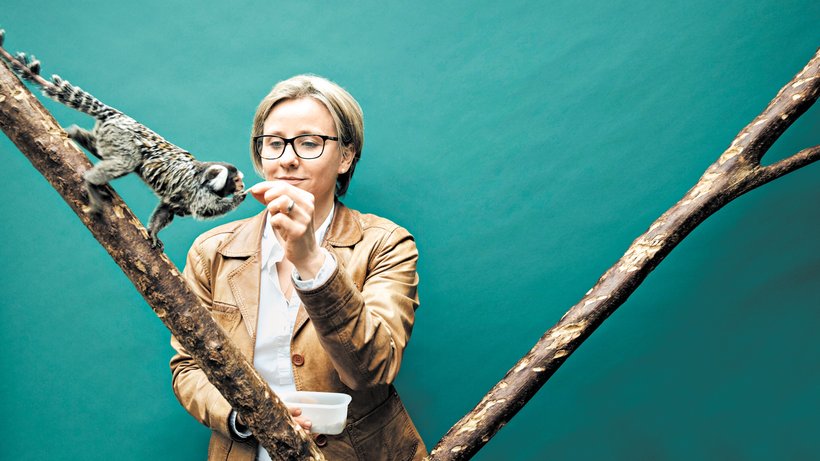 Talk title: “Cooperative breeding and the evolution of human hypersociality – Insights from marmosets”

Abstract: Humans have evolved from a great ape-like ancestor 5-7 mio years ago. During this time, we not only evolved our uniquely human cognitive abilities, but also started to systematically share offspring care in the social group (i.e. engage in cooperative breeding). According to the cooperative breeding model of human evolution, this breeding system played a key role for the emergence of human hyper-sociality and cognition. I will present comparative data from nonhuman primates that support the cooperative breeding model, and show that across primates, shared offspring care is indeed associated with hyper-sociality, cooperation, and increased performance in socio-cognitive tasks. In the second part, I will zoom in on proximate, underlying mechanisms of hypersociality and cooperation in callitrichid monkeys (marmosets), who are the only other cooperatively breeding primates besides humans. The comparison of these proximate mechanisms in humans and cooperatively breeding primates are mandatory to fully understand the impact of cooperative breeding for human evolution, as well as for the use of marmosets as emerging neuroscientific model system.

[Video of the talk]

Bio: Judith M. Burkart is a Professor at the Department of Anthropology, University of Zurich. She studied Developmental Psychology in Fribourg, Switzerland, and got her PHD in Vienna, Austria. She is the head of the Evolutionary Cognition Group (https://www.aim.uzh.ch/de/research/ecg.html) and leader of the University’s Primate Station. The aim of her group is to contribute to a better understanding of the evolutionary origin of the human mind. To do so, they identify both similarities and differences in social, motivational and cognitive processes in human and nonhuman primates. One of our unique features, relative to the great apes, is cooperative breeding. A main focus therefore concerns the role of cooperative breeding, which we share with more distantly related primates. By studying the cooperatively breeding common marmosets and systematically comparing them with more independently breeding species, she aims at identifying processes that are systematically associated with shared infant care.